I just like to document this - May 19th!  there are actually some things growing, despite the fact that it looks like a dirt patch: lettuce, chard, lacinato kale, radishes, garlic, spinach, cilantro, green onions, basil, thyme, rosemary, oregano, parsnips, zucchini hopefully golden beets (they germinated, but then kind of disappeared) and now peppers and tomatoes.  I also have planted: delicata squash, spaghetti squash, pole beans, broccoli rabe, corn (both red and yellow), and cucumbers. 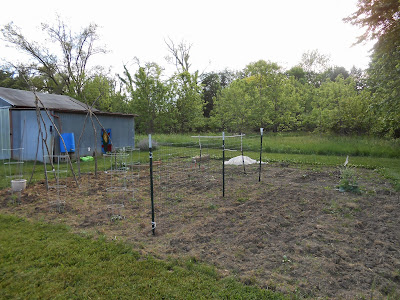 on May 5th, our neighbor came over with a little yellow cat, wondering if it was ours because he was friendly.  He wasn't, but again, what could we do?  Say "move on down the road little cat!" - no way!  we took him to the vet to make sure he was healthy and get his shots, and kept him in the garage until the vet said he was cleared to be around other cats.  In that amount of time we realized that he wasn't so good about using the litter box.  We wondered if that's what got him dumped in the first place.  He's very sweet, but....  I've never had trouble getting a cat to use a box.  So we're debating whether he can be a house cat.  For now, we've been letting him just be an outside cat - he seems to come to the house to eat and he'll usually sleep on the glider on the porch, but then he wanders during the day.  I'm not sure how it'll work long term.  We put him in the garage last night to control his food because he went in for a neutering this morning.  We figured that regardless of whether or not he was "ours" he should be fixed.  We're also hoping that'll make him a bit less aggressive toward our other cats who go outside - last weekend he had ol' Borris stuck up a tree!  He doesn't look so happy here - it's post surgery!  i've always wanted a yellow cat - and he's a sweetie!  oh, we call him Neko, or Kiiro Neko, which means yellow cat in japanese. 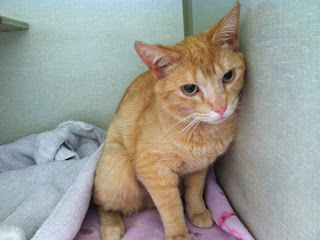 oh, one other detail

It tasted AMAZING!!!! (sorry Carrie, how could I have not mentioned that?)   :)  We made the first egg sunny side up and split a piece of toast to ceremoniously dip in the yolk!  deeelicious!  today was the first day we got 4 eggs!  That's a record so far!
Posted by Chris at 7:12 PM No comments:

I feel like I've told everyone already!  but the ladies (well, one of them) laid their first egg yesterday!!  it may be the most photographed egg ever - 2 different cameras, an iPad, and a phone!  hahah! 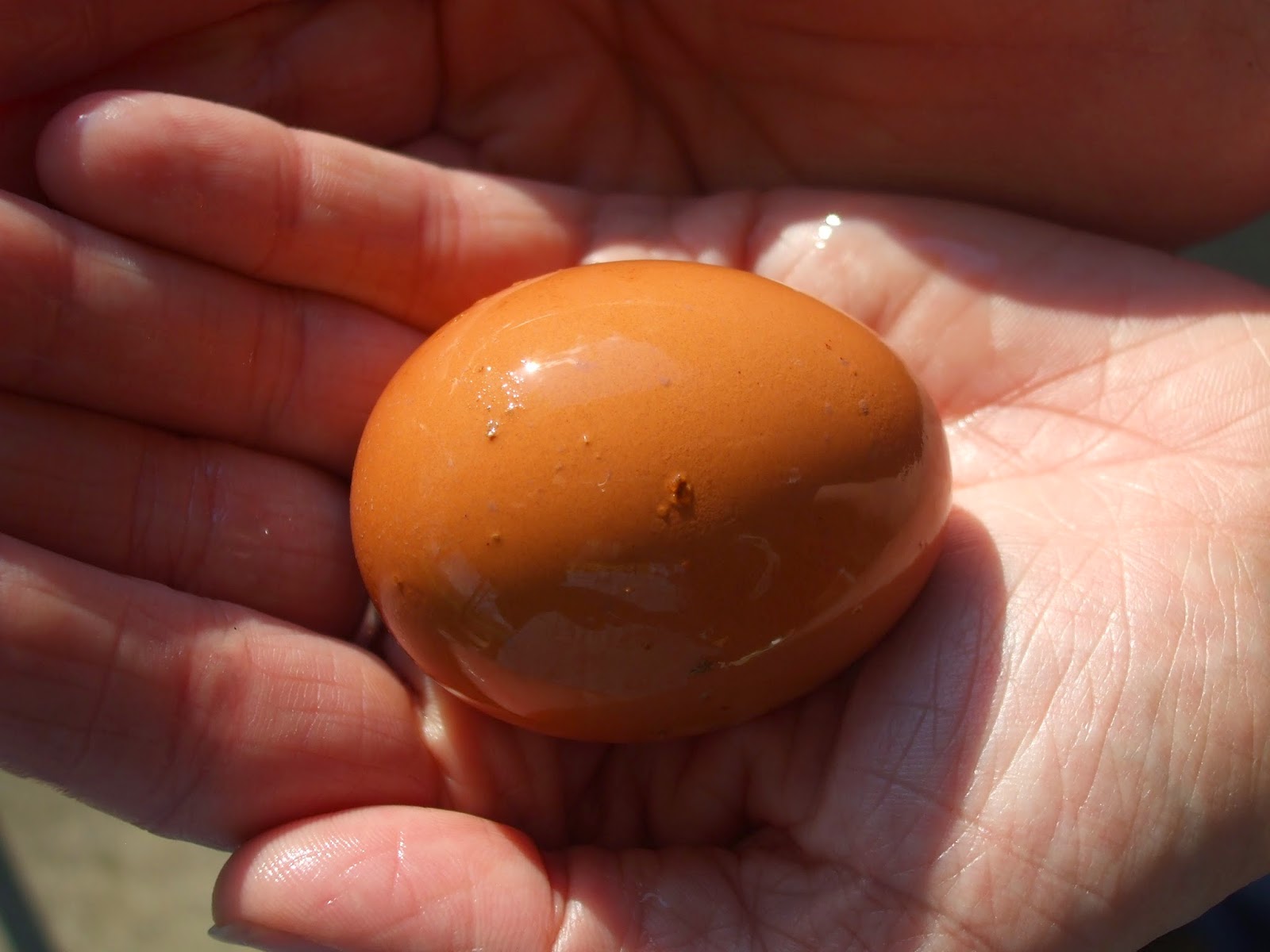 i know, i know

i'll shut up about the chickens soon.  Or else i'll make another blog.  but.....today the ladies took their first walk around the yard!  i took one million pictures like it was the first day of school or something! 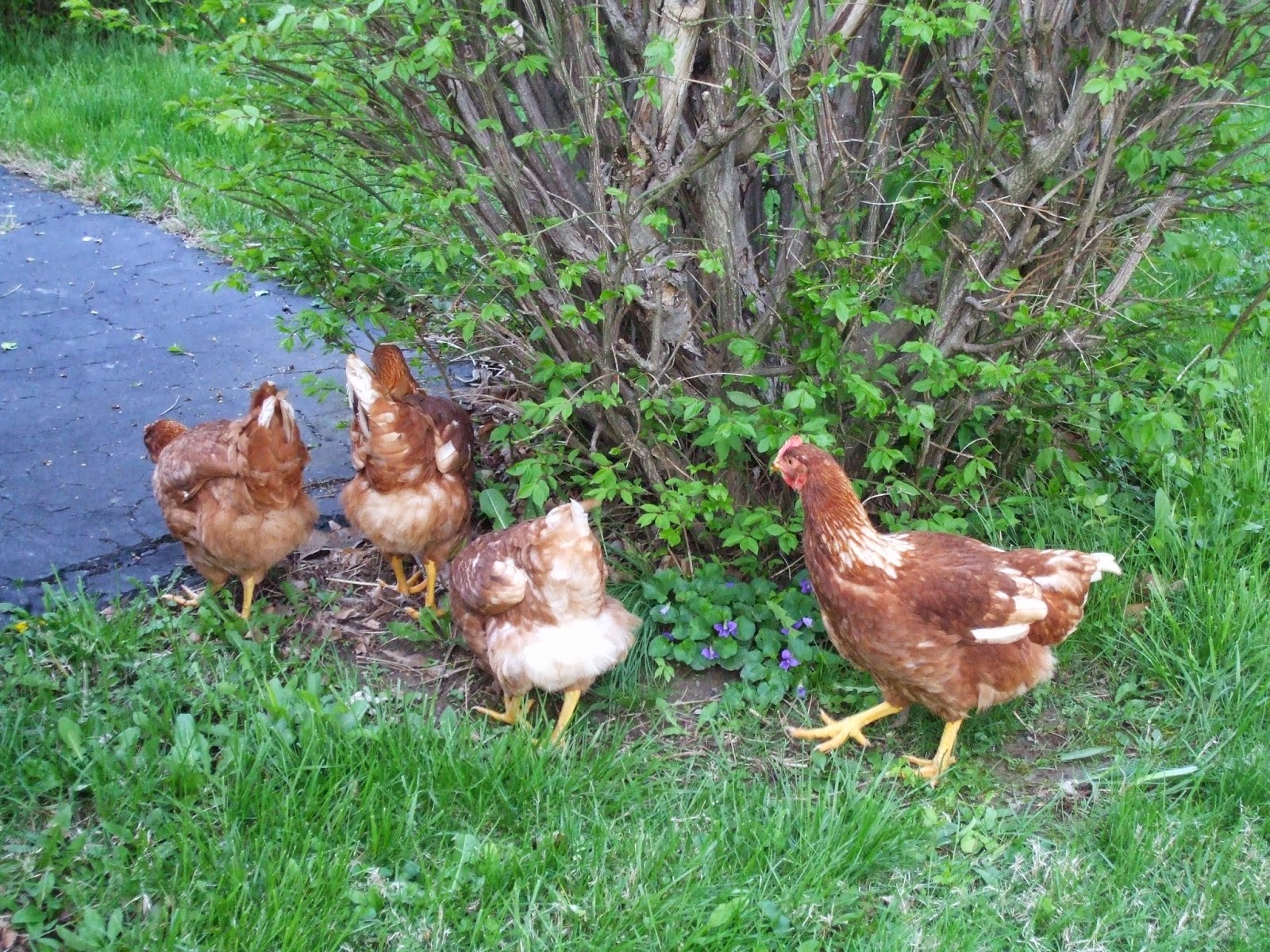 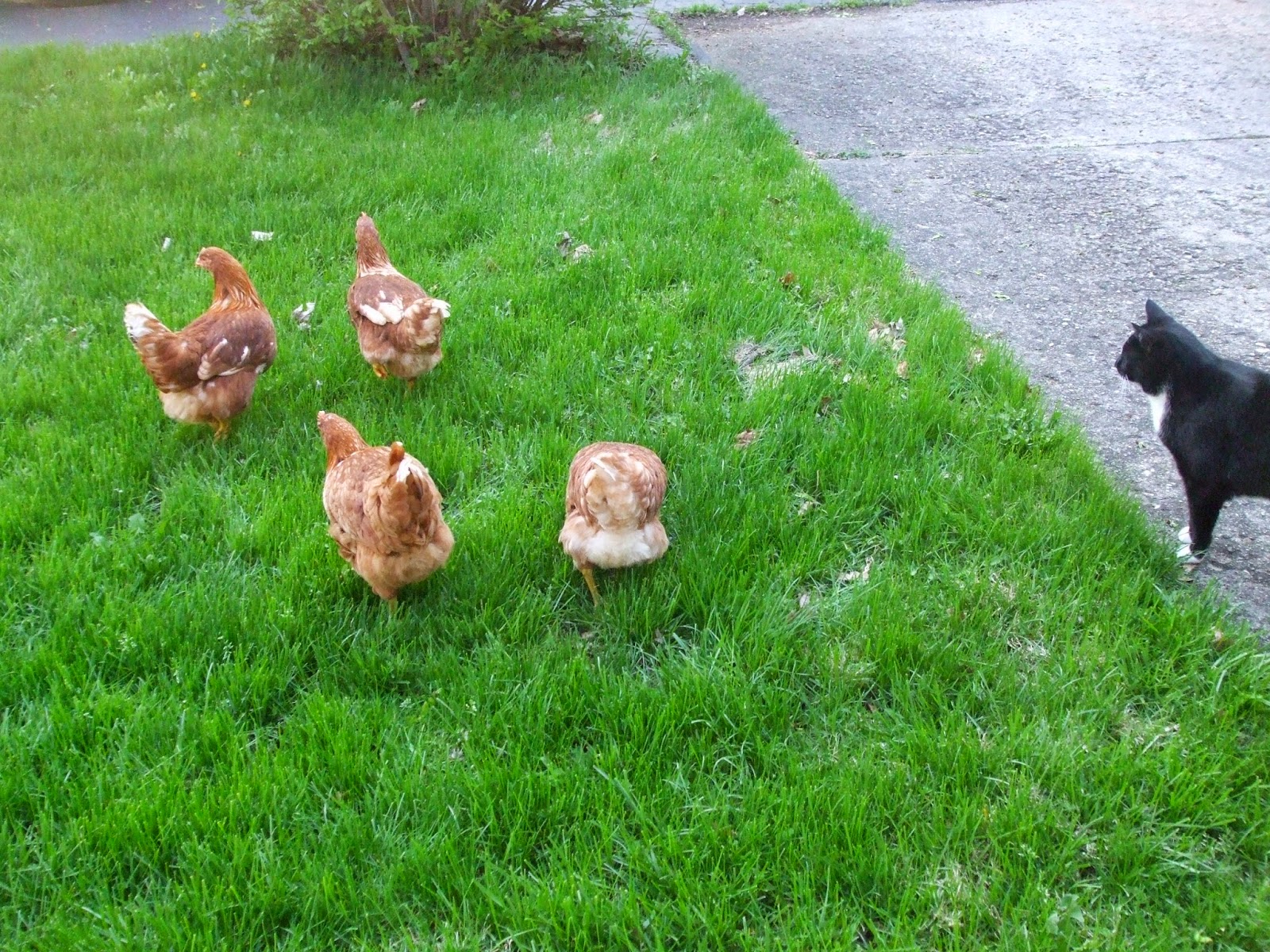 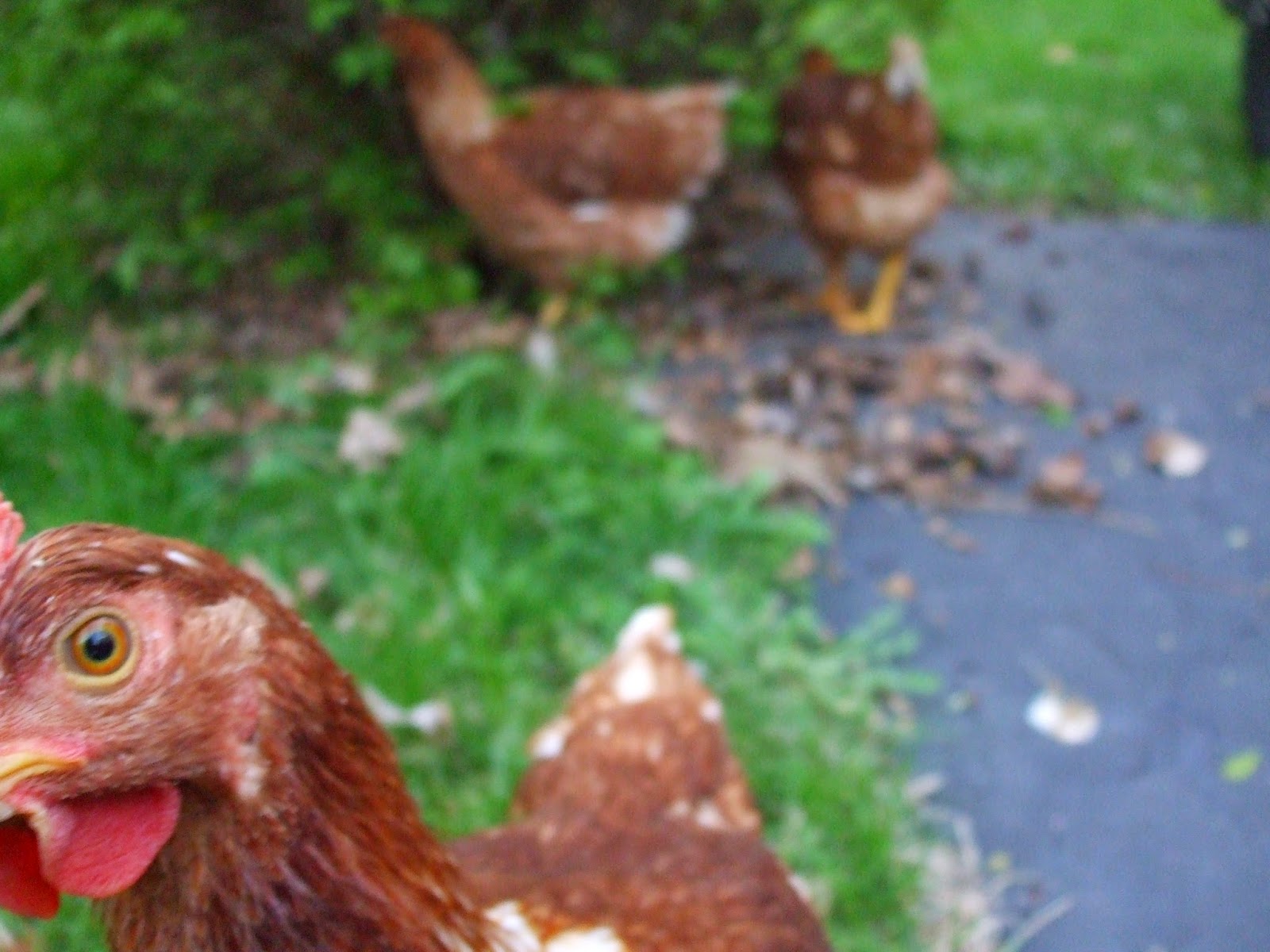 the sky is not falling

FINALLY the chickens decided to give the outside world a try!  On Wednesday evening they all ventured out.  Today they waited all day and then came out at 6pm and stayed out during the thunder storm (though they do have a roof...but still.)  What goofs!  Yay!  I love to watch them scratch and peck! 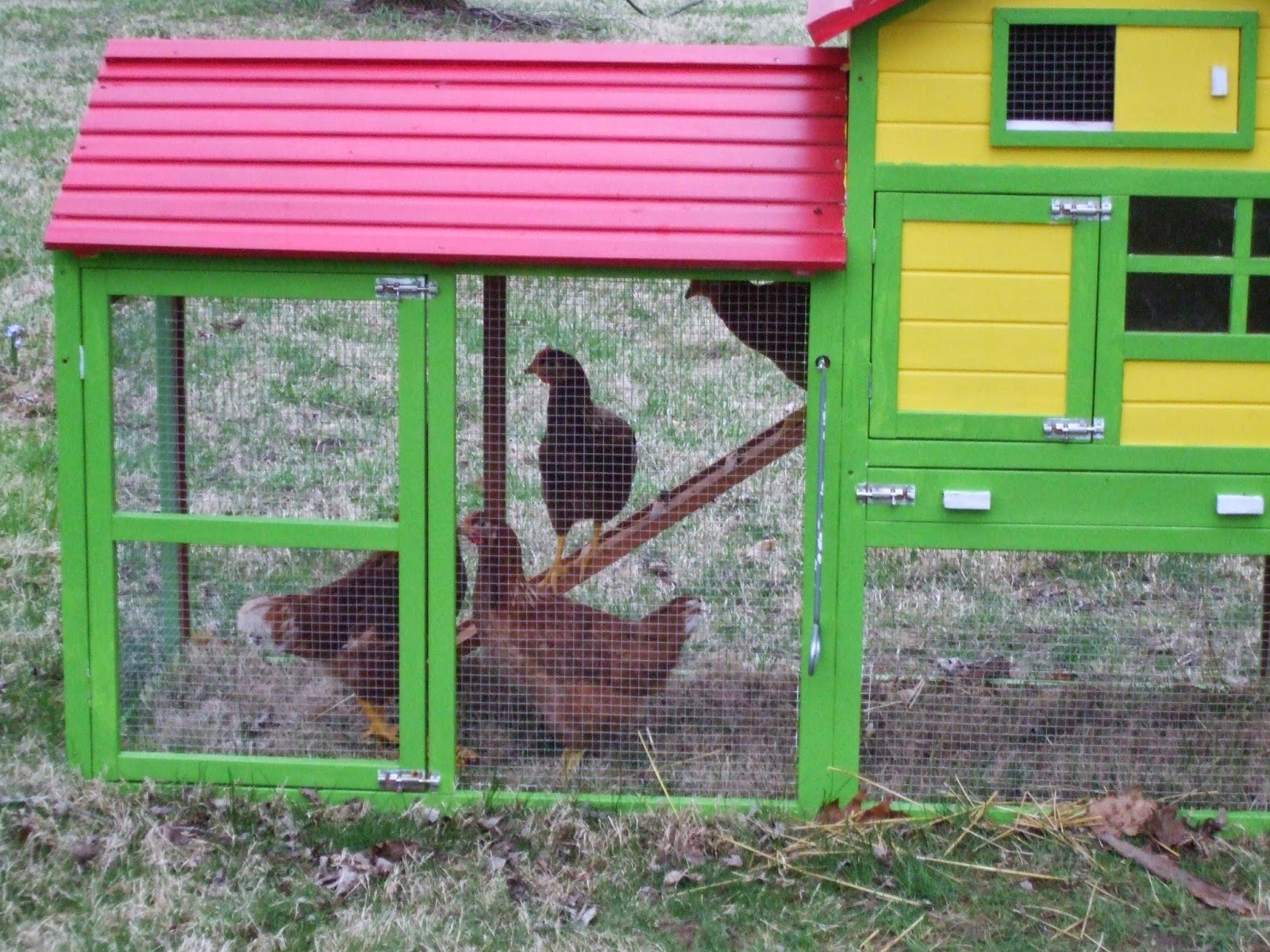 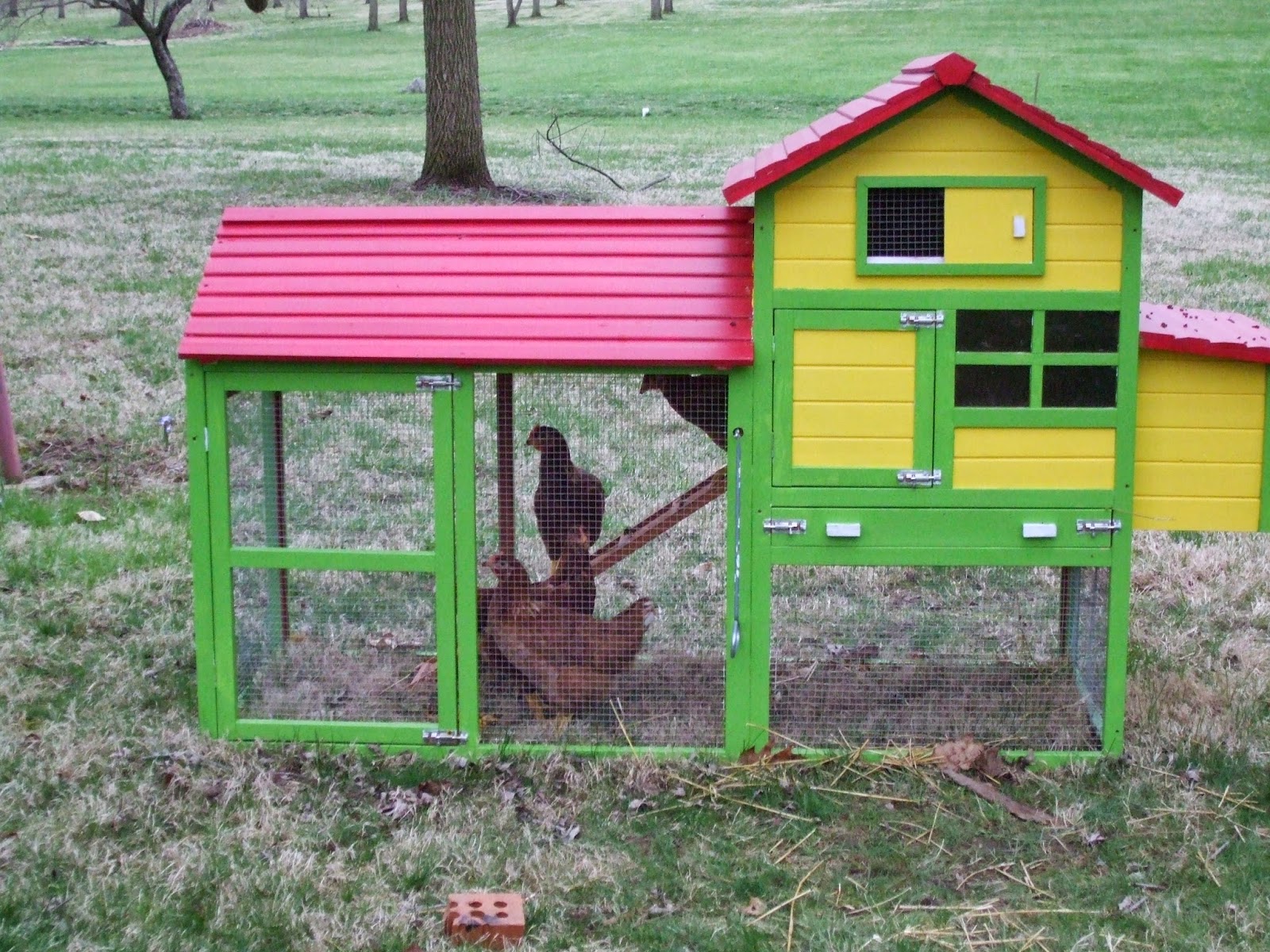 I took a few vacation days to enjoy spring and to be with the chickens - but the chickens aren't doing a lot at this point - they're still too afraid to come out of the coop into the run, even with the door standing wide open all day.  They're silly.  Also, it's been raining for 2 days, so not much outdoor time is being had.  However, we spent almost the entire day on Sunday outside - I even got a little sunburnt accidentally!  I thought, because it was raining, I'd finish up a quick wrap skirt that I started a couple weeks ago.  It's McCalls 4530 and the envelope says "1 hr skirt".  I decided to do some embroidery on the patch pockets because they were screaming for it!  So that added another couple hours.  Understandable.  What's not understandable is how I screwed up every damn seam on this skirt!  I seriously don't think there's a single seam that I didn't rip out at one point because I sewed it on backwards, or missed a step.  I even had to recut the whole waist band because I did it all wrong.  oy!  It totally wasn't the pattern - it really is easy - it was all me!  anyway, it's finished and I really like it!  whew!  I'll definitely make this one again - hopefully in 1 hour next time! 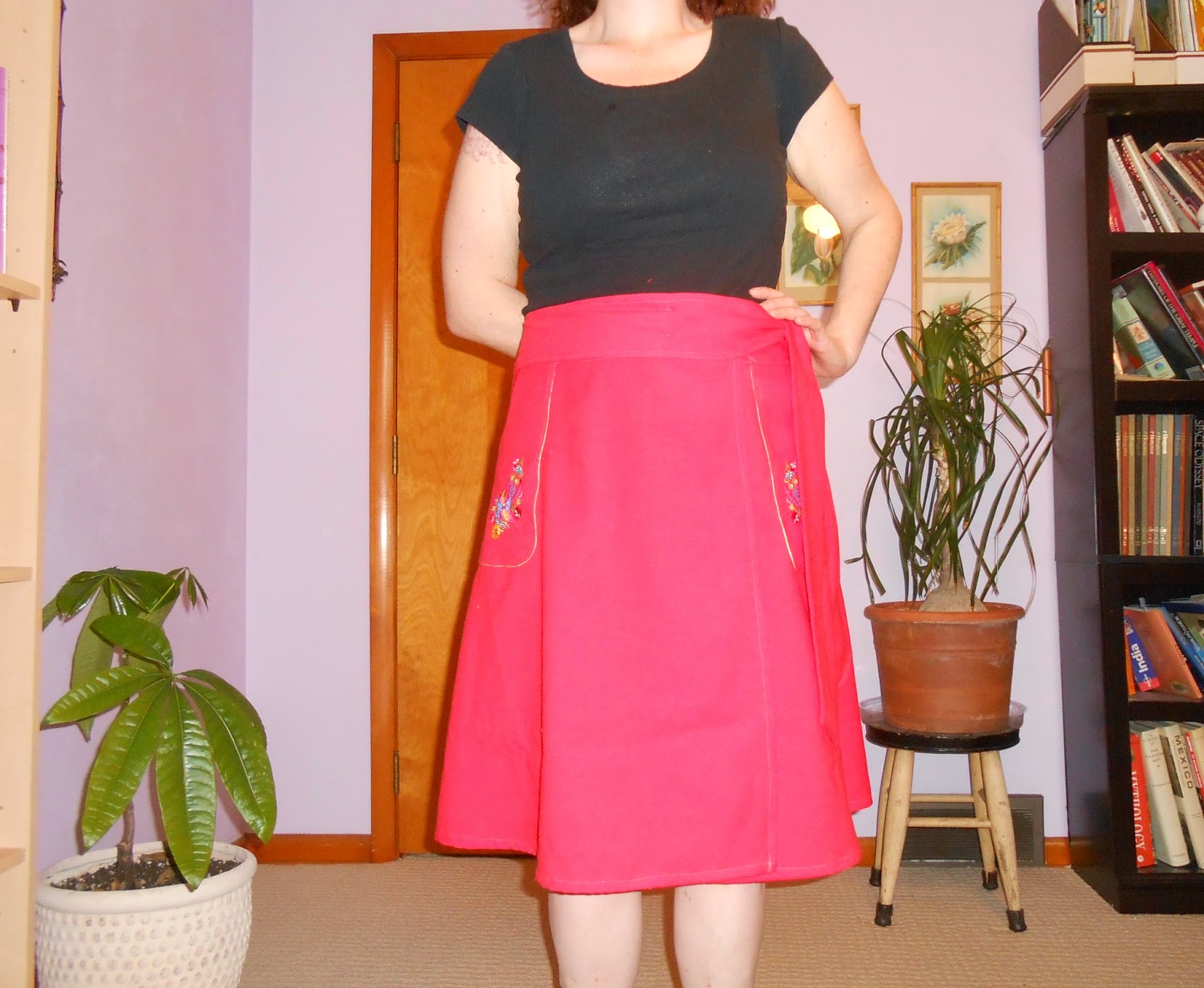 The color isn't reading very well in these pictures - it's less red than it looks here- it's more of a bright coral.  and it's some mystery fabric I found at a thrift store - sort of medium weight synthetic of some kind.

Here's the embroidery - the flash isn't helping.  it's part of a Folklorico design pack from Urban Threads. 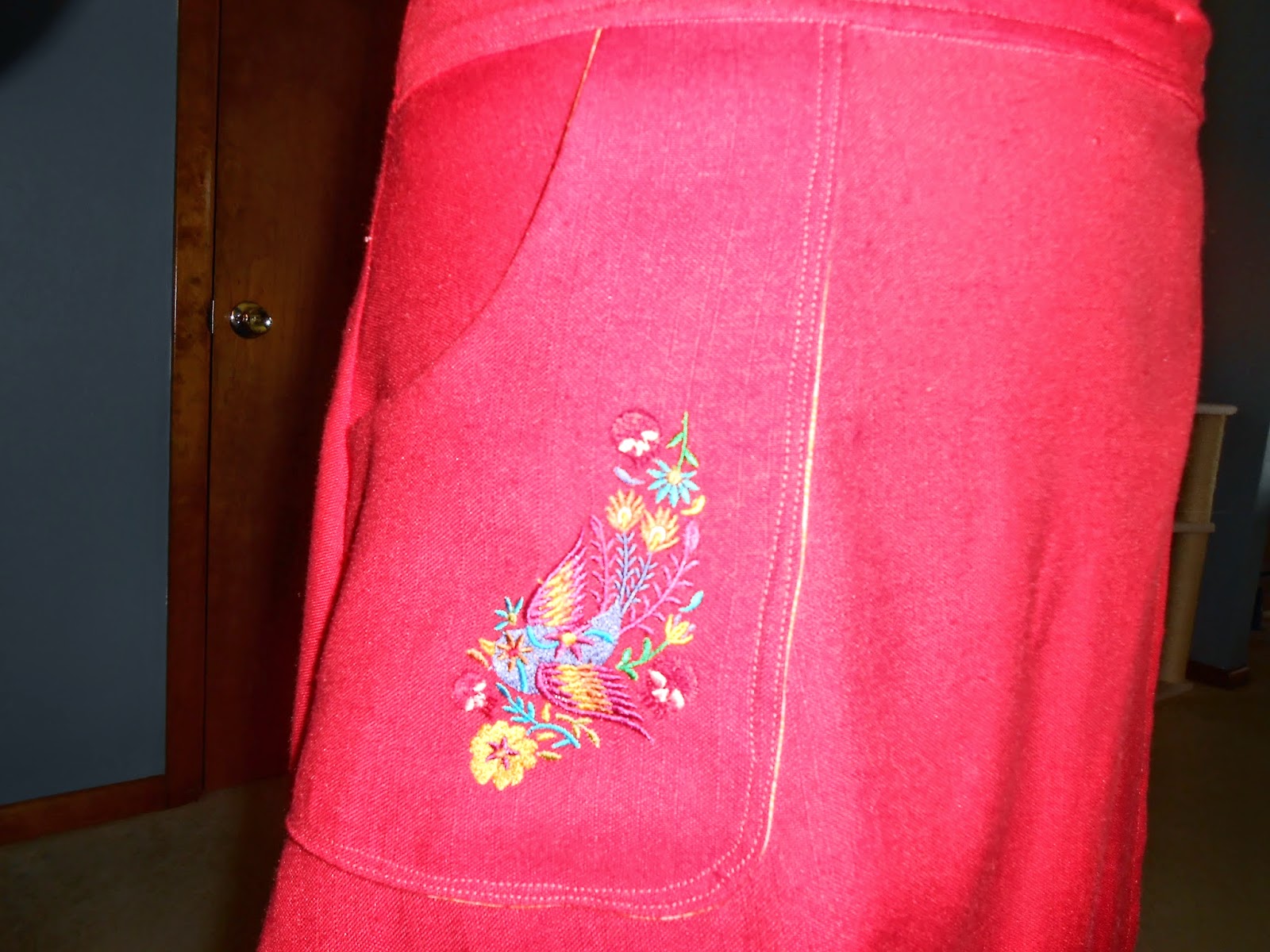 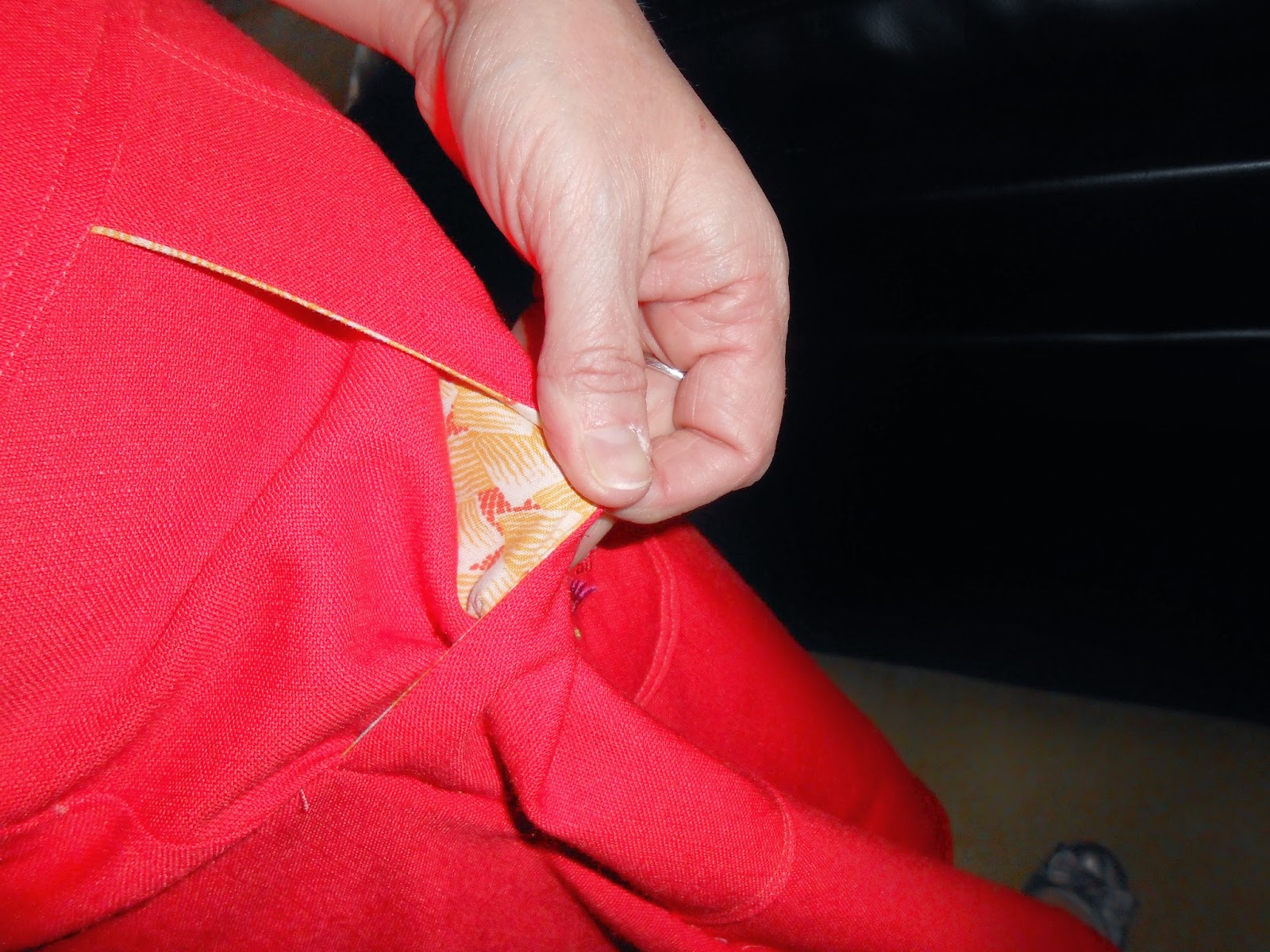 So there's my sad sewing story and my terrible photography all in one post!  hahah!
Posted by Chris at 12:39 PM No comments: